Why oh Why? is more often the question on my lips. The WBX is what I am talking about.
I can write a book about this subject alone, probably 3. Let me explain a bit about this engine first. 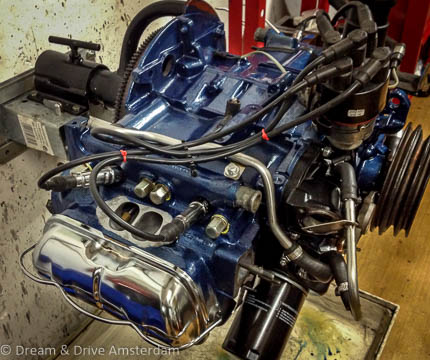 The WBX is the last design Volkswagen made on an engine that dates about more than 65 years, yes it’s that old! Over the years, Volkswagen were famous for their Air Cooled Engines, that appeared in the Kever (Beetle) T1, T2, and of course the early T3. This engine also appeared in numerous saloon cars such as the Variant Models. So the air cooled kept on pushing until 1983 in Europe.
The Golf killed off the Air Cooled, but VW needed a replacement to fit into the later T3. The Golf engine was considered. But without getting too technical, the Golf engine was a puller not a pusher, it sat upright whereas the Air Cooled Engine laid down flat (boxer engine).
VW did manage to build a variant of the Golf engine in diesel which was happy to fit into the back of a T3, but noise, pollution & driving pleasure were all compromised for a fast solution.
VW had to produce a new design. A cleaner, quieter and more efficient boxer,  and so some crazy designers came up with the WBX. It was produced on mass from the year 1983 to 1991 before being sent to the history books.

By 1982, the air cooled engine was deemed dirty and noisy. It had to be changed. VW set about designing a serious upgrade and reinvented the wheel by producing the WBX.
In basic terms, they took the good old, totally reliable (but noisy) air cooled engine and wrapped it in a big water jacket. So it became a Watercooled Boxer. Now this might sound extremely simple but in fact, because of the design of a boxer engine, the engine is actually split in two halves, two cylinders to one side, two to the other. With an air cooled engine this wasn’t such a problem, but now with a water jacket, one per side, this proved extremely fiddly to solve ‘cooling’ efficiency . The two sides of cooling had to be plumbed into ‘one’ system. This became highly complex, in fact, so complex, that by 1985 they had to redesign the system for a second attempt. This time, they simplified their design and in principal got it right. One last point on the inside story, the WBX proved beyond doubt that it didn’t appreciate mass production. So many of these WBX’s went wrong (cooling problem) that the WBX became a notorious monster. It cost VW a fortune in trying to put the problems right.
But never the less, this was a beautiful engine, it just needed mastering.

The T3’s with WBX Engine

From 1983 to 1991, the WBX appears in our beloved T3’s. In 1983 it appeared as a 1.9 litre engine with a highly complex cooling system. The good news was/is, this is a lovely engine, sweet. Mostly in the kindest form, the DF and the DG. The bad news was/is, if the cooling system isn’t maintained meticulously, it has a habit of going bang rather too easily without much warning. The DF was the most reliable but was rather slow. (also due to a very low ratio gearbox). The DG was by far the most popular & was built on mass. The DH (which was fuel injected) was one of the best, but rare to find in good order these days.
Around 1985 VW introduced the 2.1 litre version, a stronger engine & with it came a redesigned cooling system. Things were getting better (a bit). The good old (not so old) 1.9 also shared the modified cooling, but kept it’s rather nice characteristics which it’s bigger brother (the 2.1) never really inherited. The 2.1 came with fuel injection, which was still comparatively new then. The DH shared a similar system, but the 2.1 system was much better. The 1.9 engine continued to serve very well and the 2.1 also appeared in various forms, with the ultimate in power being the DJ. Yes, there were modifications coming along the way, but lets keep things simple, this was as far as the WBX engine was going to be developed.
In 1991 VW scrapped the WBX. It was history.

My relationship with the WBX

Here the story gets personal. I was introduced to the WBX for the first time in 2011. It arrived with one of my T3s, a beautiful 1988 T3 Westfalia. I’d already had nearly 45 years of history with the air cooled engine, but this was my first ever sight of the WBX. My trusty camper Mrs Satsang was air cooled. I knew all about that engine, but when my ’88 turned up with a 1.9DG Engine (sold to me as a 2.1 I might add), I really didn’t know what on earth I was looking at. I mean, all those pipes?
During my first major trip with her, she started acting up, deep in the mountains of Austria. Kell Shambles. We came home on a transporter! Water & steam everywhere.
So what to do? it had to be fixed, so in the autumn of 2011 I tackled the job of rebuilding my now broken 1.9DG engine. You can not imagine what that was like. I’ve been engineering for over 45 years, but I have NEVER seen an engine like this. Complicated was NOT the right word, but so it was. It makes an Aston Martin engine look like a tractor, I do not joke.. So I rebuilt it, the first. And then, it all started. We are now in 2020. 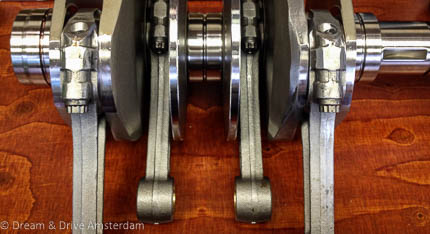 What we do at Dream & Drive

Much water under the T3! We’ve been building these engines ever since. You could say we have mastered them, well, nearly! To rebuild one of these WBX is not for the inexperienced ‘do it yourself’ mechanics or average engine builder. I am sure a few have succeeded, but in numbers, they fail. I decided to specialise in this engine and since 2011, this is what I dedicate my engineering to, the WBX. We are nine years later now. We (me and Bernie) know these WBXs really well. We understand them, feel them and know what we are dealing with. With us, you are in very safe hands and we guarantee our work, usually for two years and even three years for our 2.5 WBX.

With these past 9 years of building, we understand. Not only that, but we have taken many steps further now and have modified most of the dreaded faults. This is still one of the most fantastic engines to come out of VW, so we have set out the task of rebuilding them with love, passion and patience. It’s not always an easy relationship, but the rewards are wonderful, thus our writing this blog on the engine. You are driving a legend. So much so, we’ve been to the USA and are now building (again in numbers) a 2.5 litre version of the same WBX engine. This new version of the WBX is wonderful, so much so, I have one of these in my own personal T3, Tank. It’s been mastered, upgraded (now for the third time) and it is truly special.
Of course, we build a special gearbox to go with it. You can’t have the clothes and not the shoes, so they have to match.

What’s in this for you?

I don’t know, but if you’ve read this page, you’ve probably got a good idea about the passion and love we have for the WBX. It will keep up busy for many years to come for sure. If you’ve got questions, we have the answers, if you have problems, we have the solutions.
I think that is the best ‘keep it simple’ approach. 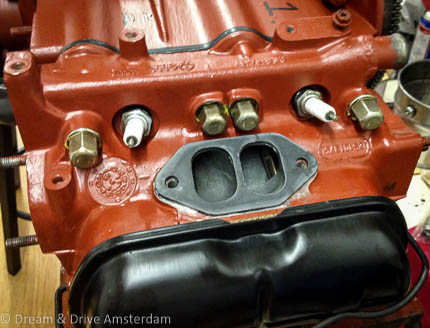 Any questions about our services? Please contact us and we'll get back to you as soon as possible.Our default language for communication is in English but you can write in Dutch, if you wish.
Get in touch! 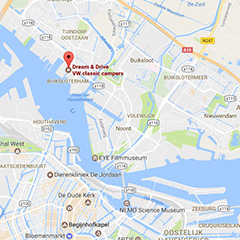 We specialize in T3s only so we guarantee our work as good. We do our very best but cannot promise the impossible. Look here for our warranty.